In Carme, so called Entry Points define web-services which are running inside a user container. By design, an Entry Point could be any service that communicates via https to the outside.

By default, the Carme base-image provides the following Entry Points

Both Theia IDE and JupyterLab provide access to shells. These shells are both so-called web-shells that are based on xterm.js the same tool that is used in e.g. VS Code.
These shells can be used as you would use and regular terminal in any Linux distribution and you can work as if you have logged in the respective compute node via ssh. If you want to figure out more about what you can to with the terminal you should have a look at the Howto on working with the terminal section.

Theia IDE is web-IDE that “embraces many of the design decisions and even directly supports VS Code extensions”. Besides this you get

Even though Theia is a really powerful IDE it is intended for users that prefer working with the terminal and run their respective scripts directly and not via Jupyter Notebooks. 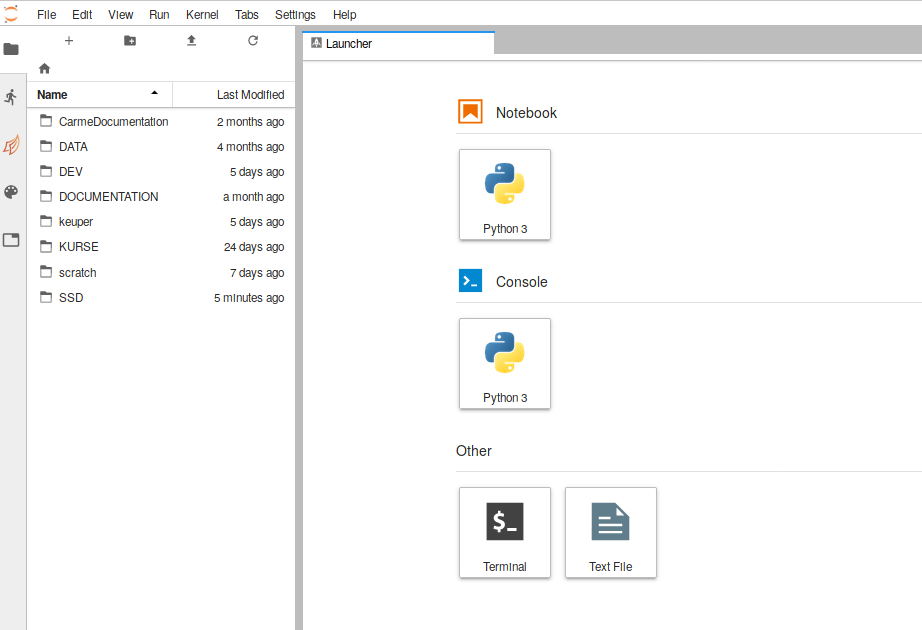 JupyterLab is another web-IDE with support for

Carme provides regarding infrastructure everything that is needed to use TensorBoard inside your job.